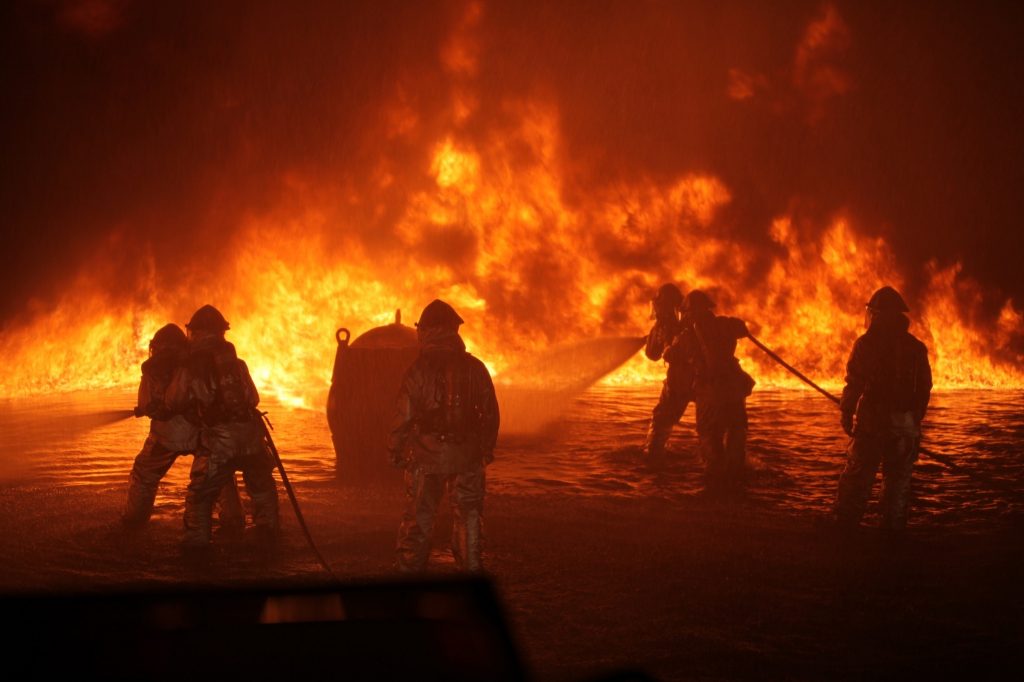 According to the U.S. Department of Interior, only 10% of wildfires in the U.S. are started by natural causes (lava or lightning). Sadly, the majority of fires are caused by human actions such as arson, campfires, downed power lines, and the burning of rubbish.

A 2017 study conducted by the data analytics firm Verisk found that almost 5 million homes in the U.S. were identified at high or extreme risk of wildfire, and approximately 2 million of these homes were in California. The study also found that $5 billion of losses were attributed to wildfires from 2007 – 2017.

As summers around the globe become increasingly warmer, fire seasons in the U.S. are expected to be longer and drier. These changing conditions contributed to the largest fire in the history of California, the July 2018 Mendocino Complex Fire which scorched almost 460,000 acres.

In the aftermath of these wildfires, residents in high-risk areas continue to struggle with their homeowners’ policies; many of whom are having their coverage cancelled while others are forced to procure coverage from The Lloyd’s Marketplace when domestic carriers fail to underwrite them.

Given the enormous strain placed on the insurance marketplace in the aftermath of a disaster, our nation must devise alternative solutions to aid in the recovery efforts facing our communities.

A Unique Solution to a Burning Problem

In late July a $21 billion funding bill was signed into law by California Governor Gavin Newsom.  The new legislation, AB 1054, is designed to assist power companies in the state cover wildfire liabilities resulting from their equipment in the field (downed power lines, for example).

While Pacific Gas and Electric (PG&E) will be the biggest donor to the fund once it emerges from bankruptcy, all investor-owned power companies are invited to contribute.

In order to join the fund and access the money should a wildfire occur, all participating utilities must agree to invest a certain amount of money to improve their individual electric grids.

This is a brilliant risk management strategy, similar to an individual living in an urban area granted the right to purchase homeowners’ insurance after installing a burglar alarm.

While half of AB 1054 would be funded by participating utilities, California homes and business will contribute the other half in the form of a $2.50 monthly charge already paid in their power bill. This contribution would create a $10.5 billion fund providing short-term loans supporting ongoing wildfire expenses.

AB 1054 could be an inflection point in how America responds in the aftermath of a disaster, utilities and their customers (homes and businesses) sharing the financial burden.

A Model for Flooding

While AB 1054 is not meant to replace professional liability/D&O coverage for these power companies, it can be used as a supplement in the rebuilding efforts for homes and businesses affected by a wildfire.

Similarly, in other states facing increased flooding risk it makes sense to design a bill modeled after AB 1054. Arkansas State Senator Jason Rapert has been pushing for more resilient infrastructure for his state’s levee system.

Federal Emergency Management Agency (FEMA) funds have long been the major source of assistance to flood-stricken states like Arkansas, but increasingly more states are supplementing these funds via their own internal resources. In early August, several cities in Iowa held a special election to vote on a one cent increase in sales tax to help pay for a variety of community initiatives, and storm management infrastructure was a key piece of this legislation.

In these cities, the bill was a derivative of AB 1054 where customers and businesses aid in the resiliency of their communities. Other water infrastructure projects, such as dams, are also subject to failure given the increasingly intense storms and flooding the nation is experiencing.

According to FEMA’s website, approximately 56% of dams are privately owned and crafting an AB 1054 model should be considered to maintain the integrity of our nation’s water infrastructure. Once again, those dam companies participating in an AB 1054 model should be given some relief on their professional liability/D&O premium since participation requires resilient infrastructure investment.

As seen in AB 1054, adding a small tax on the monthly water bills of homes and businesses completes this virtuous cycle of resiliency and interdependence.

The increasing reality that companies face economic costs due to climate risks is not only reshaping the concept of liability, it will make events like California’s Wildfires and Midwestern Floods harder to insure against and harder to recover from. Homes and businesses will play an important role in weathering the storm, long after the storm has passed.