The events unfolding in the wake of the GameStop drama involving “David” retail investors and “Goliath” institutional investors will be immortalized in investor lore for generations to come. 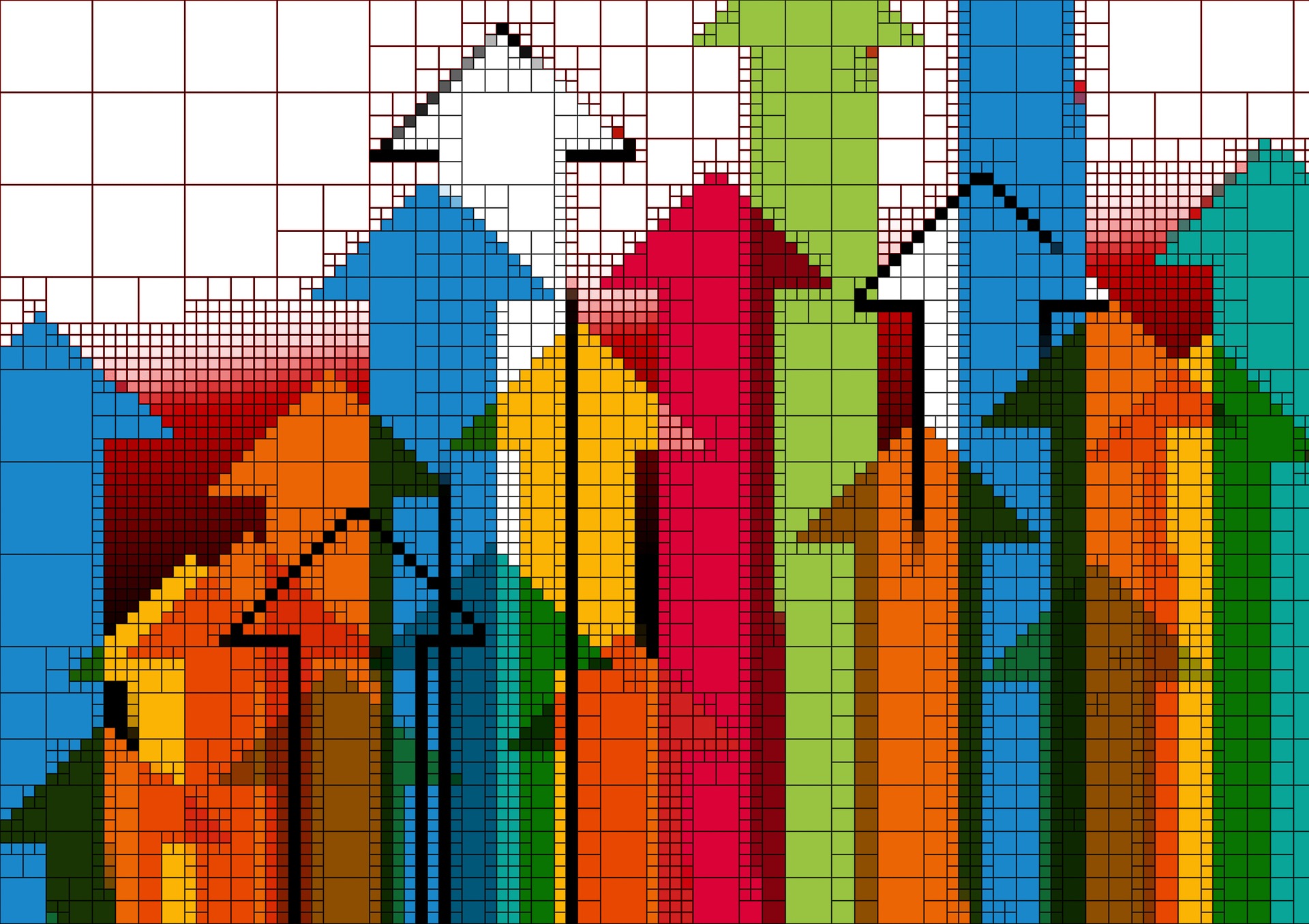 There is something about Wednesdays in January this year.

The events unfolding in the wake of the GameStop drama involving “David” retail investors and “Goliath” institutional investors (i.e., hedge funds) will be immortalized in investor lore for generations to come.

While short selling is a tool used by retail investors and hedge funds alike, the latter have enjoyed the upper hand in maximizing potential revenue windfalls realized from the successful execution of this strategy. How do hedge funds accomplish this? Robinhood, the commission-free trading platform at the center of the controversy, and a handful of other online brokerages employ a strategy called payment to order flow. Trades placed by retail investors on the platform are sold to certain hedge funds that execute the trade and gain money from the spread, or the difference between the price to buy and sell trade orders.

More importantly, access to trading data by hedge funds is key in successfully employing strategies such as a short sale, an instrument yielding immense power in the stock market allowing investors to profit on the declining stock of a company. In context to the broader market of equities trading, according to S3 Partners, short sellers typically have a combined $900 billion to $1.3 trillion in short bets out on the market, equating to approximately 2-3% of total U.S. stock market capitalization.

While hedge funds are privy to information not available to retail investors, the great equalizer for retail investors was discovered by utilizing the power of social media. This power was fueled by the pandemic, creating a “perfect storm” for retail investors whereby the majority of Americans were stuck at home in 2020 with more time to learn about the market and experiment.

As the U.S. personal savings rate rocketed to a record 32.2% in April 2020, the result was more disposable income directed towards pursuits such as retail investing. Armed with little more than a popular Reddit group and a savvy stock picker who used the nom de guerre “Roaring Kitty,” the GameStop rally was soon underway. This, and the rapid development of the story on Twitter, including a number of popular retail investors, mounted to nothing short of a financial coup.

Hedge funds like Melvin Capital Management lost billions and were forced to close their short position as the growing army of retail investors began executing a short squeeze aimed at dismantling the short sale efforts intended to profit from the demise of GameStop stock.

The short squeeze onslaught came to a climax on Wednesday, January 27, when the stock rose by 135%, reaching a record $347.51. Ordinarily, hyper volatile markets on Wall Street result in privatizing gains and socializing losses, usually in the favor of institutional players. In this instance, the tables were turned, and gains were socialized while losses were institutionalized.

In a controversial series of events, Robinhood restricted trading of GameStop and other selected stocks by retail investors on this chaotic Wednesday while allowing hedge funds to continue to trade uninterrupted.

A letter written by Congressman Paul A. Gossar (R) uncovered the fact that hedge fund Melvin Capital Management provides Robinhood with approximately 40% of its revenue, so it is no surprise that Robinhood elected to allow hedge funds like Melvin to continue trading activities.

Hedge funds should not be entirely to blame, it is the nature of the system that has created this seemingly unlevel playing field. Access to information and the ability to trade without interruption were just a few hedge fund advantages exposed on that pivotal Wednesday.

Hedge funds have other privileges, such as the luxury of accessing news outlets to offer their views on stocks and potentially influence prices, but the recent short squeeze marked an unprecedented and creative way to counteract hedge funds by utilizing social media as a megaphone to rally like-minded retail investors. Reddit has become the veritable Moody’s for retail investors. With all the market manipulation occurring, is Adam Smith’s panacea of an invisible hand determining market outcomes now obsolete?

More importantly, what circuit breakers or rules on market conduct will be implemented to ensure a level playing field for all market participants and put limits on the insidious practice of taking up such deep and distortive short positions? In GameStop’s case, the short sellers were at 140% of the company’s market value, which in itself could have a self-fulfilling effect hurting the firm and its market value at a time when GameStop’s more than 5,000 stores and 53,000 employees labor with the effect of pandemic closures and restrictions.

Human involvement in the financial outcome of a transaction takes on many forms in the ongoing “trading arms race.” High-frequency traders utilize technology to gain nanoseconds on their trades via next generation cables, called hollow-core fiber. For many years, trading firms have practiced collocation, where they place their trading computers within the same data centers as servers used by the stock exchange on which they trade to gain even a millisecond advantage over other traders.

With half of daily trading volume performed by advanced computing algorithms, the proverbial invisible hand determining market outcomes is forced in unnatural directions by competing manmade activities that can cause market volatility. The 2012 demise of the high-frequency trading firm, Knight Capital, offers a cautionary tale about the effect of speed and so-called “rogue algorithms” in financial markets.

Several important risk management practices and pieces of legislation have been implemented to counteract this market volatility, the most famous being the advent of the circuit breaker instituted after the Black Monday crash of 1987.

The circuit breaker is triggered if the Dow Jones or Nasdaq trading volume falls by 7%, 13% or 20% of the closing price from the previous day, causing trading to cease for 15 minutes to discourage panic-selling and instill a sense of calm in the market. Four circuit breakers were famously triggered at the beginning of the pandemic in 2020 on March 9, 12, 16 and 18.

By preventing another stock market crash like Black Monday, circuit breakers also help lessen the burden on taxpayers who underwrite government stimulus checks to businesses and individuals in the aftermath of a fiscal crisis. Better to have a risk management tool, like a circuit breaker, instituted instead of relying strictly on insurance in the form of financial payouts to the masses.

The question with the GameStop case, as well as other stocks where the short sellers’ positions are now visible, is what guardrails will be put in place?

As the GameStop story continues to unfold for the foreseeable future. Expect the Securities and Exchange Commission (SEC) to implement new risk management measures to lessen the impact of future retail investor vs. hedge fund conflicts arising from insidious short positions.

Here are some predictions of the actions the SEC may consider:

There was a queue of investors waiting to place short sell positions on GameStop. There should be limits on the absolute amount investors can short a stock, this would prevent massive losses experienced by firms such as Melvin Capital.

Retail brokerages like Robinhood should implement stricter guidelines on margin accounts, or accounts where investors can use leverage to buy stocks. For example, capping the maximum margin account limits to an even lower level, like 20%, of the value of securities in the account. While it will be hard for the SEC to police retail investors utilizing social media channels to amplify their stock buying power, restricting margin limits can help separate the “real money” from the “margin leverage” being used so that a more accurate picture of the underlying value of a stock can be realized. Separately, restricting margin limits can help prevent novice retail investors from suffering major financial setbacks or worse, such as the untimely passing of a young investor who took his own life.

It seems easier to get a credit card than it does to purchase securities on margin, with the latter being more disastrous should a financial crisis occur. Obtaining a margin account should have stricter underwriting requirements, factors such as credit score should play a role. The goal is not to deprive investors of a margin account, but to regulate the amount of margin available to each specific investor. Some investors may not qualify for the maximum 20% margin limit offered by a brokerage, for example, but they can apply for higher margin limits as certain factors change like increases to their credit score.

Robinhood revolutionized the zero commission trade, which spread to other major retail brokerages. It may be time to revisit Robinhood’s model so that hedge funds are not able to account for such a large percentage of a brokerage’s revenue.

Companies and the people they employ are what creates value in our modern economy. The market manipulation of short selling and betting against these companies is a distortion, something that backfired once retail investors banded together in large numbers. Short selling should be regulated more closely to prevent another GameStop from occurring, while also giving a company on the “proverbial ropes” a fighting chance to recover.

One thing is for certain, the influence of Main Street is now a force to be reckoned with among the power brokers on Wall Street.