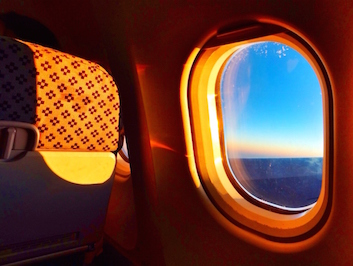 Boeing’s woes continue into 2020. According to The Wall Street Journal, in mid-February Boeing mid-level executive Keith Cooper was dismissed after two pilots reporting to him composed emails mocking aviation regulators over the 737 MAX crises. This firing comes on the heels of significant financial losses. According to their Q4 2019 financial report Boeing has experienced an estimated $8.2 Billion in “concessions and other considerations to customers for disruptions related to the grounding and associated delivery delays.” Couple this with the decline in global air travel due to growing coronavirus fears, and Boeing finds itself in a very precarious position going into Q2 2020.

Keith Cooper is just one of a handful of executives who have been reassigned or dismissed in the fallout from the ongoing 737 MAX crises, the most notable being the ouster of former CEO Dennis Muilenburg by the board of directors. If new emails surface, or if more senior executives are dismissed, the reputational risk Boeing faces with its clients will magnify the growing direct costs of the initial catastrophe.

The amount of the award seems staggering at first glance.

In the aftermath of the grounding of Boeing’s 737 Max Fleet, the aerospace manufacturer recently set aside $100 Million for the families of those killed in the Lion Air and Ethiopian Air tragedies  ($ 50 million for “near-term financial help” and $ 50 million “to support education, including college tuition or other schooling expenses for children of victims and hardships or living expenses for impacted families”).

This sum does not include any potential lawsuits which may be filed, and families will be allowed to file a suit regardless of whether they take any portion of the $100 Million.

If the Roundup Pesticide settlements are any guide, Boeing can expect to pay hefty sums in the near term.

Roundup, the popular weed-killer produced by Monsanto Co. (owned by Bayer), has been the subject of three major court settlements in California.

In August 2018, Dewayne “Lee” Johnson accepted a $78 Million settlement after a jury determined that his four-year exposure to Roundup led to non-Hodgkin’s Lymphoma.

This Spring, a jury determined that the main ingredient in the product, glyphosate, was the cause of Edward Hardeman’s non-Hodgkin’s Lymphoma due to his exposure for over 30 years. He was awarded $80 Million.

Soon after this ruling, Alva and Alberta Pilliod were awarded $2 Billion in punitive damages, and an additional $55 Million to cover medical expenses, pain and suffering as a result of their non-Hodgkin’s Lymphoma diagnosis due to Roundup exposure.

The combined settlements total $2.2 Billion, and currently there are 11,000 similar cases pending across the United States.

Unlike Boeing who finally admitted software upgrades were needed on its grounded fleet, Monsanto continues to promote the idea that Roundup is safe to use.

While supported by some organizations like the U.S. Environmental Protection Agency, Monsanto’s position stands in stark contrast to a 2015 study by the World Health Organization’s International Agency for Research on Cancer stating that the ingredient glyphosate is most likely carcinogenic.

When comparing the dollar figures between Boeing and Monsanto payouts, a quick analysis shows that Boeing could be in for major sticker shock when the inevitable lawsuits appear.

Three settlements totaling $2.2 Billion on the books of Monsanto means Boeing could be on the hook for a staggering figure given that 364 souls perished due to Boeing’s admitted safety issue. Boeing’s $100 Million pool translates into only $275,000 per soul, so it is a possibility that Boeing’s contribution was done to improve its image in the court of public opinion.

Goodwill is an intangible asset that is difficult to measure, yet in times of crises its value becomes quantifiable in terms of lost revenue and declining share price.

While we are in the early stages of lengthy legal battles, Boeing’s preemptive measure is a lesson in not only managing a firm’s public image, but also managing future downside risks. Monsanto’s market value is now below what Bayer paid to acquire the firm, and in mid-May Bayer’s stock price closed at its lowest level in approximately 7 years.

Boeing is most likely taking notes on the outcome of the Monsanto verdicts, both admitting their software was at fault and promising $100 Million to families may end up being a small price to pay in order to salvage as much Goodwill as possible.

There is a two-year window for families to file suit against Boeing, and the months ahead will prove to be critical as the company determines if its $100 Million gesture will provide some relief against massive lawsuits.

All eyes will be in the skies to see when the 737 Max takes flight again, and all ears will be tuned into courtrooms across America.